FOR THE STRENGTH OF YOUTH – Honesty and Integrity 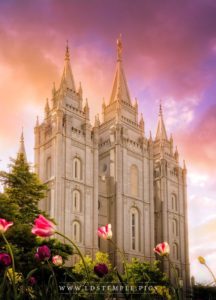 FOR THE STRENGTH OF YOUTH – Honesty and Integrity – “Being honest means choosing not to lie, steal, cheat, or deceive in any way. Do not rationalize that being dishonest is acceptable, even though others may think it does not matter.”
—————————————–
While it’s great that the LDS church is finally admitting some things regarding the early history of the church in a very open way, I am surprised to discover that the church’s admission of these things actually causes a bit of angst in me… and makes me want to ask the church, “OMGosh… why the wait!?” Did it really take 15 years of Internet access and 20% of your under-30 membership to fade and begin to affect your pocketbook before you decided to just be honest with your members?

I’m way past gone to ever be at risk of reverting back to Mormonism. But I have to admit… BACK THEN (2005 or so)… if they had told me the truth and had known how to deal with me… allowed me to run it through my truth filters and ponder on it and then come up with some metaphysical method for acknowledging the “truth” in my own way… I may have stuck around.

If I could have just been allowed to believe the Book of Mormon was true to the extent that it taught true principles and allowed us to get nearer to god through its teachings rather than requiring us to have a “testimony” that the events actually happened…. I may have at least given it a try. It would have been nice to have had the option. But I was told that I had to accept it as an actual, historical account of the ancient Americas.

Since then… the church has changed the title page of the Book of Mormon and removed the statement that the Lamanites are the *principle* ancestors of the American Indians (thanks, mitochondrial DNA testing). And since that time, church leaders have finally stopped promoting the Book of Mormon as a historically accurate document. Ugh.

The fact that my church leaders simply could not handle or explain the contradictions in history, and furthermore… dug in their heels and told me that it really all comes down to whether or not the event of Peter, James & John (literally) conferring the Melchizedek Priesthood onto Joseph Smith (physically and really… not just “in a vision” or “spiritually”)… actually happened was the basis of the truth of it all. Since that time, Rough Stone Rolling was published and pretty much craps on the idea of the Peter, James and John ordination. I knew it!!

If they would have just said then… “yeah… Joseph Smith married lots of girls and women… some as young as 14 and others who were already married to LDS men in good standing, all the while lying to Emma about it and making his apostles so angry that 10 out of 12 left the church in 1847… we don’t know why he did it, but we all know it and we’re ok with it…” I may have given him a bit of a pass. If they would have simply said, “look… he was a young, powerful, charismatic guy… women loved him. He made mistakes and sometimes he mistook just a plain old idea as revelation from god… surely you can understand how confusing it must have been for him…”

If they would have simply described him for what he was… a charming and hypnotic 19th century visionary who really felt he was “onto something”, then I could have at least considered whether the ideas behind the current teachings were good for my family or not. But at the time, they weren’t! The teachings required me to gain a “personal testimony” that certain historical events happened… that never, ever happened. And every time I saw this “history” being taught as truth to children and adults… it made me wretch from the inside, out.

And… according to the popular church publication, “For The Strength of Youth”, honesty requires telling the whole story! The average age of marriage in the late 1800’s was around 22 for women and 26 for men. Not 13. Not 14. Not 15. Poor 14-year-old Helen Mar Kimball was just as shocked to hear Joseph’s “proposal” as we are today to have learned about it.

Look. I don’t hate the church… not by a longshot. I’m super thankful of my time spent in the church. I was in love with its doctrines and teachings and loved attending and serving. But I could not be a good Mormon and (knowing the things I knew to be true) sit back idly and allow my children to be taught such untruthful things. I was ruined. I knew that going forward, I’d never be the same, and I saw the church as being super deceitful while requiring me to be honest in all things.

And now… nearly a decade later, my heart breaks at the collective sadness, heartache and depression that was born by myself, my family, many of my friends and so goes the same for tens of thousands of other similarly affected ex-members of the church who were forced to choose between truth and the church they loved and wanted to believe. Joining the church in 1986 was the easiest thing I’ve ever done… but leaving it in 2005 was the hardest.

I hope other fence-sitters (and you know me and I know you) will use this opportunity of newfound church honesty to help to inspire continued change from the inside… so that the future of the LDS church can be sound. And so other truth-finders won’t have to choose whether the church is 100% true… or 100% false. That sucks.